I’ve been hearing this line of argument over and over again for the past four years. Ours is a post-scientific age, where what is true is no longer measured by empirical evidence and objective reality, but by what each individual feels is real for them.

A clear and blunt example of this epistemological transition was recently recorded in Scotland. A 17-year-old school student by the name of Murray suggested to his teacher that there are only two genders. The conversation was recorded on the student’s phone (not a move that this Murray condones), and the commentary is telling. The student was asked to leave the classroom, with the teacher informing the student that he should keep his opinion to ‘his own house’. In other words, in this Scottish school which is following the national education curriculum, there is no safe place for students to suggest the biological fact that there are two genders.

Murray responded to the teacher who defended teaching the set curriculum,

To which the teacher replied,

Scotland was once the seat of the Enlightenment and a key player in Scientific Revolution. I imagine Scotland’s Enlightenment thinkers now wanting to be raised from the dead and come back to educate Scotland’s teachers (and haunt them at the very least!).

Most of us like to view ourselves as rational and as believers in science, but the reality is, we drop the truth into the toilet as soon as it clashes with a priori commitments to our preferred moral and preferences and worldview. If truth doesn’t support my moral inclinations, then flush it down the sewer. I am who I think I am, which is somewhat problematic if I identify as an 6-year-old girl (as one 46-year-old Canadian man decided), but isn’t prejudice that we dare question what he believes himself to be?

If as in the case of gender, we affirm the biological reality of male and female, and that biology and sex and gender belong together, there is an obvious tension when there’s a disconnect between what is true and how I feel. It becomes necessary to claim an alternate reality. This alone can create a plethora of problems because not every self-identity is good for the individual or for the relationships around them. 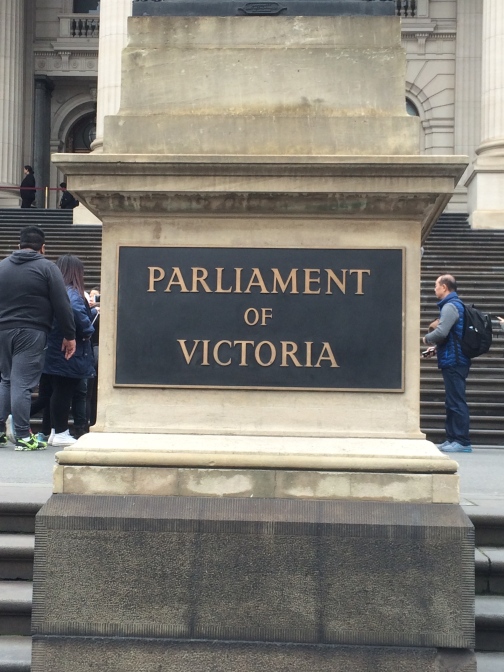 This conversation has a renewed relevance in my home State of Victoria. We are already the world sporting capital and food capital and atheist capital (some say), and we’re now vying to be the most progressive capital in the world. Let’s kill off the unborn up to point of birth and let’s kill the terminally ill, and let’s feed our economy off the backs of the vulnerable through gambling, and let’s beat Scotland to be even more progressive with our school curriculum.

As I said, this Scottish teacher’s honest slip of the tongue has an immediate application in Victoria at the moment. The Victorian Government is renewing its intent to amend the birth certificate laws to enable people to change the gender on their birth certificate in order to match how they wish to be identified.

Birth certificates were once sacrosanct and rightly treated as definitive legal documents. What was once subject to facts surrounding the birth of a child, can now be repeatedly altered according to how individuals wish to reconstruct their sexual identity. Does this undermine the very nature of such documents?

I want a pause for a moment and recognise that gender dysphoria is real but rare.  am not without personal knowledge of Victorians who are genuinely struggling and suffering due to gender confusion, and they seek resolution and acceptance (which does not always mean being identified in ways contrary to their biological sex). I want to affirm their dignity and humanity and pray that they would come to know the God who loves and gives us the greatest and most fulfilling identity, of being in Christ and knowing him.

My intent is not to cause people greater consternation, but to alert the fact that Labor’s proposal is no solution at all.

Here’s are a few questions that require attention:

On another occasion, I’ve quoted from this article in The Atlantic and it is worth repeating here (it should be noted that it’s not a conservative publication). The author warns against moving quickly to intervene in cases of gender dysphoria. Keep in mind, in this instance the Victorian Government is not proposing psychological or medical intervention (which already happens) but a legal declaration.   This is more than recognising that a person feels like they are a certain gender, this is the State announcing that a person is their chosen gender.

“the World Professional Association for Transgender Health…states that while some teenagers should go on hormones, that decision should be made with deliberation: “Before any physical interventions are considered for adolescents, extensive exploration of psychological, family, and social issues should be undertaken.” The American Psychological Association’s guidelines sound a similar note, explaining the benefits of hormones but also noting that “adolescents can become intensely focused on their immediate desires.” It goes on: “This intense focus on immediate needs may create challenges in assuring that adolescents are cognitively and emotionally able to make life-altering decisions…But some clinicians are moving toward a faster process. And other resources, including those produced by major LGBTQ organizations, place the emphasis on acceptance rather than inquiry. The Human Rights Campaign’s “Transgender Children & Youth: Understanding the Basics” web page, for example, encourages parents to seek the guidance of a gender specialist. It also asserts that “being transgender is not a phase, and trying to dismiss it as such can be harmful during a time when your child most needs support and validation.”

“Ignoring the diversity of these experiences and focusing only on those who were effectively “born in the wrong body” could cause harm. That is the argument of a small but vocal group of men and women who have transitioned, only to return to their assigned sex.”

We have entered a very new and strange space where what is true is no longer true, and what is good is considered bad for society, and where people crying for help are told there is nothing wrong. I also suspect biology teachers may soon be out of work, or at best they’ll be transitioned into the humanity’s department.

Our culture has tried to kill off God and now we’re displacing science. One thing is clear, the path forward is not befitting of the word, progressive. I heard it once, and I’ve been trying to say it regularly ever since a day is coming when a generation of disillusioned and damaged Victorians are going to need safe places for healing and love. Governments may play the game of identity politics and flaunt the neo-marxist ideas that are pulling strings out of the universities, but there is a better way. We can affirm a fellow human being and acknowledge their struggles and needs without approving of every self-belief. Perhaps the Labor Bill will pass on this occasion and join the growing line of regressive ideological positions that have been enshrined inside Parliament over recent years. Perhaps common sense will win the day. Whatever the outcome, I trust our Churches will have doors wide open to welcome, love, and care for those who come inside looking for hope and resolution.

While being careful to avoid misapplying texts of Scripture, I’m noting at the back of my mind that this Sunday we are preaching on 2 Corinthians 5:1-10. It is not a passage about gender dysphoria but it does hint at dysphoria more broadly speaking. The verses recognise that there is a groaning and discontentment in the human condition and a longing for permanency and settling into what is good and right.

“While we are in this tent, we groan and are burdened, because we do not wish to be unclothed but to be clothed instead with our heavenly dwelling, so that what is mortal may be swallowed up by life.”