In the wash out from Saturday’s election I found this gem from a Facebook friend:

“It’s time for Christians to show some empathy for our Muslim neighbours. Christians cry “persecution” at the drop of a hat, but can we even imagine how Muslims must feel knowing there’s a whole party dedicated entirely to attacking them in the senate?!” 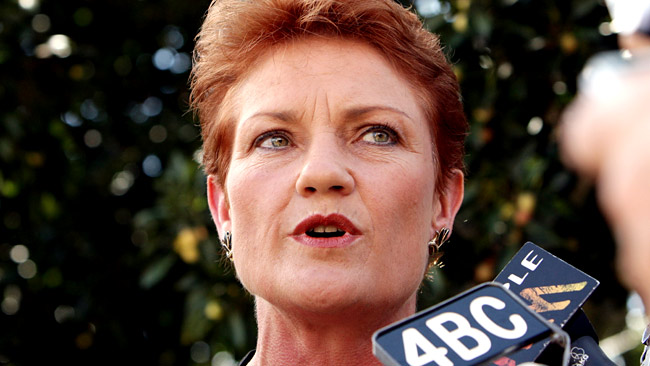 In the midst of growing suspense as to who will Govern Australia for the next three years, emerging out of the smoke is Pauline Hanson. Hanson and her One Nation party are set to claim between 2 and 4 seats in the Senate (thanks a lot Queensland!). A centre piece of their campaign strategy are  policies relating to Muslims, including prohibiting further Muslim migrants and banning the building of Mosques.

The reality of fear mongering is that there is almost always a speck of truth to be found, but it is swamped by swathes of hyperbole, caricature, and untruths. Yes, there is a problem within Islam, as we have seen again in Baghdad, Dhaka, and Istanbul. As a Christian, I disagree with the Islamic view of God and of the world. But do we not realise that fear and hate breed only more fear and hate? Are we benign to the fact that our words are rarely hypothetical, but relate to real human beings? We can assume many Australian Muslims are today feeling apprehensive at the prospect of having in Parliament a block of Senators whose agenda targets them.

It is important to realise that fear tactics are not owned exclusively by Pauline Hanson; we have seen them employed by many and on issues ranging from asylum seekers to marriage, and dare I suggest, Medicare?  There is however, something particularly ugly about One Nation’s platform.

If One Nation’s aim was to win votes, the strategy has clearly worked. If however, their design is to create a better nation, their failure is inevitable because their ideology is premised on hate. This is a growing concern across the political spectrum as people refuse difference of opinion.  A democracy without dissent has lost its soul. Other groups can speak for themselves, but it is all very well for Christians to speak about preserving freedom of religion for ourselves, and yet in denying it for others, are we not in danger of falling into hypocrisy?

Christians must not only resist One Nation’s Muslim policies, but we must counter them by walking a different path.

The pundits agreed, that is, until Jesus gave expression to this principle,

“A man was going down from Jerusalem to Jericho, when he was attacked by robbers. They stripped him of his clothes, beat him and went away, leaving him half dead. A priest happened to be going down the same road, and when he saw the man, he passed by on the other side. So too, a Levite, when he came to the place and saw him, passed by on the other side. But a Samaritan, as he traveled, came where the man was; and when he saw him, he took pity on him. He went to him and bandaged his wounds, pouring on oil and wine. Then he put the man on his own donkey, brought him to an inn and took care of him. The next day he took out two denarii and gave them to the innkeeper. ‘Look after him,’ he said, ‘and when I return, I will reimburse you for any extra expense you may have.’

“Which of these three do you think was a neighbor to the man who fell into the hands of robbers?”

The expert in the law replied, “The one who had mercy on him.”

Jesus told him, “Go and do likewise.”

This is how Christians ought to relate to our Muslim neighbours.

2 thoughts on “Walk a Different Path to One Nation”