Below is a transcript of a short address that I gave this afternoon at the Victorian Parliament, at a Parliamentary Update meeting for Faith Communities.

Thank you to those who have organised this afternoon’s Parliamentary Update. Your time is appreciated.

Of the many issues which deserve attention I wish to raise 3 at this time: 1. religious freedom, 2. safe schools, and 3. freedom for unborn children to live.

In many ways Victoria is a great place to live, it is not however a safe State for unborn children. We talk about the right to choose,  but we rarely talk about our responsibility toward society’s most vulnerable. A 16 week old baby in the womb can be moved by the music of Mozart and Bach, and yet we permit that child’s death.

And Victoria is not always a safe State for school children who are now compelled to participate in and to affirm theories about sexuality that contradict many sound beliefs. While Respectful Relationships and Safe Schools may contain some useful tools, they are deeply flawed and ideologically driven. Safe Schools has been exposed by two independent inquiries. To quote Professor Patrick Parkinson, Safe Schools is “dubious’, ‘misleading’, and ‘containing exaggerated claims’.”

This will damage many vulnerable children who are wrestling with their sexuality. In addition, many Victorian families now believe that they are no longer welcome in public schools. Alternative arrangements come at a tremendous cost to families, and sometimes parents don’t have the option of enrolling their children into a Christian or private school.

Finally, I am concerned by the fact that this Parliament has introduced ill conceived legislations that would reduce religious freedoms in Victoria and compromise freedom of conscience. For example, the currently proposed Charities Amendment Bill, and the Inherent Requirement Test legislation from 2016. The latter example specifically targeted religious groups, and would have given the Government power to intervene in churches and religious organisations during the process of hiring employees. Is it wise or fair to force religious organisations to employ persons who do not share their values and beliefs?

Such overreach threatens our liberal democracy, for freedom of association and freedom of religion are foundational. We are meant to be a pluralist society and yet such legislative agendas work against it.

I reminded of when the Apostle Paul visited the city of Corinth; he challenged the status quo but not by silencing them but by discussion and reasoning.

When a legislative agenda aims reduce religious freedoms all Victorians should be concerned, not because pluralism is god, and not because we are moral and spiritual relativists, but because a healthy society needs this. We learn and mature through debate and discussion.

As we look to this year’s election, these are I believe 3 critical issues for our State. 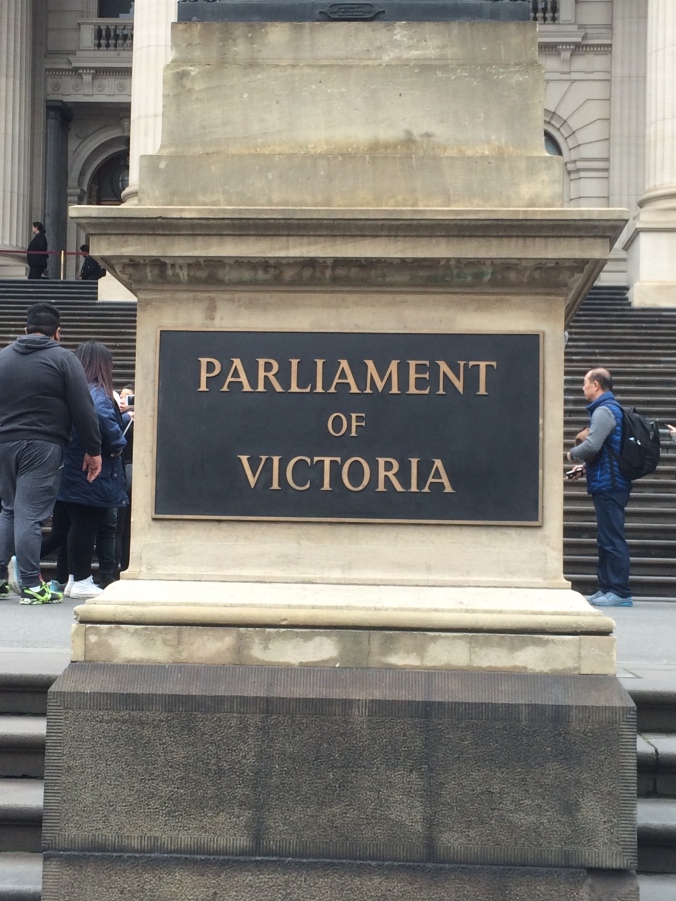 3 thoughts on “Address at the Victorian Parliament”