“For I too was a son to my father,

still tender, and cherished by my mother.” (Proverbs 4:3)

For many families tomorrow is a special day. It’s a wonderful opportunity for family to get together, to enjoy pointless $2 gifts from school Father’s Day stalls, and to eat more cake.

I’m not a big Father’s Day enthusiast, not because there’s anything wrong with it, but it’s not me. I love my Dad, and I adore my 3 children, but I’ve never felt as though I needed a special day to remind me of Fatherhood.

Why? Because, according to University of Sydney academic,  Miriam Giugni, such celebrations need to be more inclusive. Father’s Day excludes, well, non Dads, and in today’s society that’s unacceptable. Wait for May next year and see how that idea flies for Mother’s Day!

It is all very ridiculous, except that ridiculous has become the new standard for public morality. It’s as though we went to bed last night and have woken up on the set of Inception. We are living in one of the craziest generations: boys and girls should no longer be called boys and girls, marriage isn’t what all the world has always thought it was, the Victorian Government tried to allow its citizens to change the gender on their birth certificate (once every year), and Father’s Day should become Special Persons day. 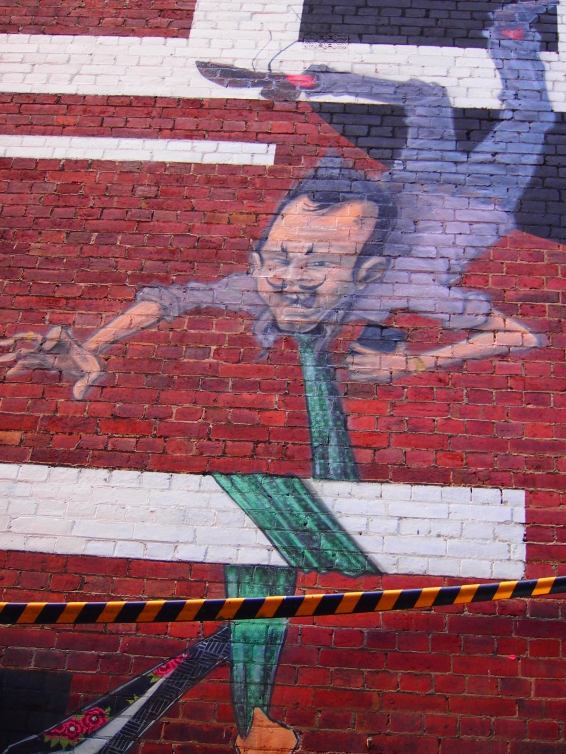 Leaving aside the question of Father’s Day, there is something natural, good, and wholesome about Fathering, as there is with the irreplaceable role of Mums. We can’t always pinpoint why, but mums and dads compliment each other, and together they form a dynamic duo for the raising of children.

Every child has a mother and a father; it is of course a biological impossibility for there to be children without them. We know that in some families children are raised without one or both parents, and others grow up in homes where a parent is abusive. I have friends who have been in these situations, and none believe that having a loving Father and Mother is undesirable and unnecessary. Not for a moment I am suggesting that other families are lesser; I know too many single parents doing a wonderful job at raising their children, and there are adults excelling in life despite growing up in an unloving and even abusive home. Very few people would however argue that those situations were ideal.

“Whereas most scholars now agree that children raised by two biological parents in a stable marriage do better than children in other family forms across a wide range of outcomes, there is less consensus about why.” [1]

New research also shows how Father loss impacts the wellbeing of children, even their physical health. [2]

Father’s Day reminds us that Dad’s play an integral role in their children’s lives. It may take a village to raise a child, but the village can’t replace mum and dad. In those situations where children can’t be raised by their mother and father, we grieve them not celebrate them.

Millie Fontana is an Melbourne woman who was raised by 2 lesbian parents. She loves her 2 mums, and even supports same-sex marriage, however she is deeply concerned by the practice of raising children without both biological parents. She said in an interview on Triple J,

“I’m an atheist. But our story needs to be told. It’s natural to want a mum and a dad. But when we speak, we are told we are homophobes and Christians’.

“It was very hard for me to establish a stable identity,” Millie said. “It was negatively impacting my development.”

‘There was always something missing.”

I realise that some people are claiming that this marriage debate has nothing to do with children. Penny Wong, on the other hand, gave an impassioned speech in Parliament recently about her children while advocating SSM. The reality is, while marriage is about more than just having children, marriage provides the natural and ideal context for raising children.

However, should the Marriage Act change by removing the language of man and woman, Australian society will require an  increasing number of children to grow up without their father, or in the case of a gay marriage, without their mother. There is a world of difference between instituting marriages where children have no chance to be raised by both biological parents, and a society that lovingly practices retrieval ethics when children sadly cannot be at home with both mum and dad.

The question is quite simple, should children ideally be raised by their mother and father? And if so, should the State sanction marriages that will prevent this from happening?

On Friday, ABC television host, Charlie Pickering sent out this tweet in response to an Sky News interview with Liberal MP, Andrew Hastie,

“What an incredible load of bullsh!t. If ideas like that make it through, you have to recalibrate your bullsh!t filter.”

What did Andrew Hastie say that was so awful?

“If we expand marriage, we also redefine it and we render it genderless.”

No matter what side of the marriage debate one takes, Andrew Hastie’s statement is true. It is the logical outcome of removing gender requirements from the Marriage Act. If marriage is no longer between a man and a woman, then it is a genderless institution. Which of course then raises the question, what then is marriage? Instead of engaging Hastie with any semblance of argument or intelligent rebuttal, Pickering chose to join those who belong to the team called slander.

I’m not suggesting that there are not individuals on the ‘no’ side, who haven’t said awful things. There have been, and we should call those offences for what they are.

To the detriment of this country, reasoned discourse is being for the most part, shouted down by a flood of vitriol and threats. If we can cool our heads for a few moments, and consider this,

We know that kids deserve a mum and dad, and we want society to continue to reflect this common good. Given that, should we redefine marriage?

One thought on “Father’s Day is telling”