Manhattan overwhelms the visitor; there is so much to see, taste, and do, that it is impossible to gather up all the possible experiences in a short space of time.

The first time I visited Manhattan was with my  family and we spent 5 weeks here, living in an apartment on Greenwich St, in the Financial District. My current stay was a rapid 3 days, although I’ve managed to walk over 70kms through New York’s streets, avenues, and parks.

There is of course much more to New York City than the Borough of Manhattan, but this 21km Island is suffice to enthral a lifetime of imagination. 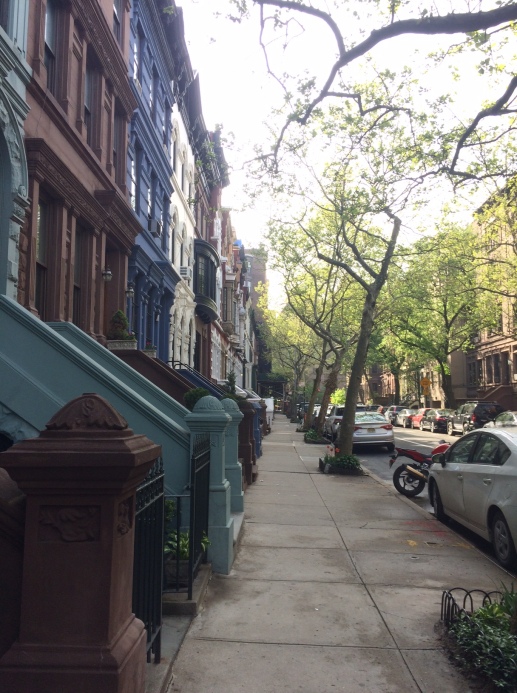 There is no singular way to describe Manhattan, with all of its tones and expressive pluralities. As I walk through this city different music seems to harmonise with its buildings and people, and I would find myself swapping from one composer to another, depending the mood in that neighbourhood.

For example, on the Upper West Side (where I was staying) the sounds is Verdi, on account of the Metropolitan Opera being a close walk down the street. In addition, my closest subway station opens out at Verdi Square on 72nd Street

Harlem: Prokofiev, because Harlem is vibrant, dynamic, and complex.

The Upper East Side is all elegance, class, and intellect, requiring nothing less J.S. Bach and Mozart.

Midtown resonates with the call of Gershwin – bold and brash. The opening cry of the clarinet in Rhapsody in Blue reminds me of sirens rushing through 42nd second.

Gramercy is Haydn, because Gramercy is respectable but particularly memorable, but with one exception, the beautiful Flat Iron building.

Hell’s Kitchen: John Cage’s aleotorism may sounds like a freeing concept, but in practice it’s hell.

Chelsea: Tchaikovsky, for his swirling romanticism on a grand scale and yet carrying persistent longing for fulfilment.

Tribeca: The extravagance of Mahler; although bigger and grander isn’t always better.

The Lower East Side carries with it the plot of Puccini’s La Boheme, filled with optimism and poverty, and the eagerness of young artists.

The Financial District is definitely Stravinsky, because the drubbing pace is constant and hectic.

Battery Park: Handel, because one can’t walk through this southern most region of Manhattan and not imagine the world of Great Britain in the mid 18th Century, just prior to the American Revolution.