I know we like to dislike our northern neighbours in NSW, but sometimes we really ought to take notice and learn from their example. No, I don’t mean playing football with an oversized egg or drinking their faux coffee. Yesterday, The Australian  reported that students in NSW schools will no longer be permitted to learn gender theory,

Students will no longer be taught that gender is a “social construct”, or that sexuality is “non-binary”, occurring on a ­continuum and “constantly changing”.

An edict encouraging teachers to “de-gender” their language will also likely be scrapped, along with sexually explicit case studies and teaching aids such as the “Genderbread Person”, which promotes the idea that there are “infinite possibilities” of gender identity.

The decision follows an independent inquiry that reported in September last year. The review was headed by Professor Bill Louden (of the University of Western Australia) and examined sex and health education resources for NSW schools. It appears as though changes are being implemented not only with Safe Schools, but any part of the State curriculum where a de-gender and gender-continuum message has been integrated. 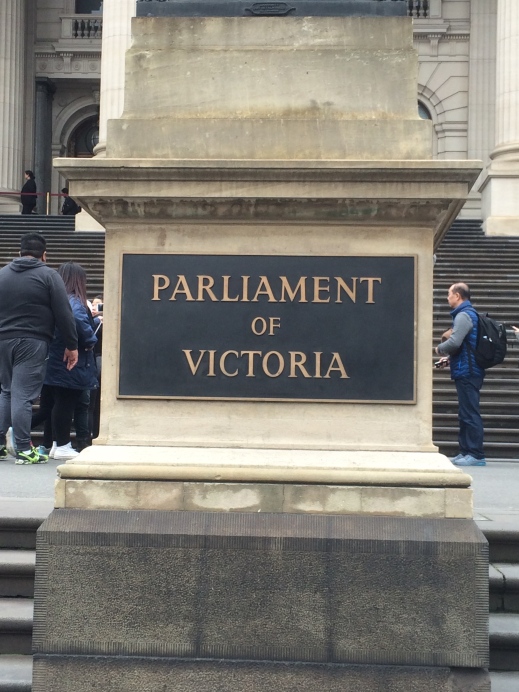 Of particular relevance for Victoria is  that Professor Loudan’s review is finding bi-partisan support in NSW. In fact,  NSW Labour MP Greg Donnelly has taken the unusual step of writing an open letter to the Victorian Premier, imploring him to give this report due consideration,

“Politicians in one state do not generally take kindly to colleagues in another state giving them advice. There can be exceptions but the unwritten rule is that if you stick your head out and give advice across the border, you are likely to get it knocked-off. With that said, let me now give some advice to my Labor colleagues in Victoria.

The Safe Schools program that the Victorian Government is imposing on public schools in that state is political poison. While it may be just starting to show up in focus groups and other polling activities undertaken by the Labor Party, do not underestimate its malignancy. When it fully manifests, it will be like a fully laden freight train that you will not be able to stop.

The problem for the Premier and the Minister for Education is that the Safe Schools program from the get-go was never about anti-bullying. It was about inculcating into school children hard edged sexuality and gender ideologies. The same ideologies that are examined and debated when undertaking Gender Studies units at university. The same units that such students elect to do by choice; no compulsion or requirement. Not only are these ideologies being presented to school children as a matter of fact i.e. sexuality and gender are not to be understood in any other way, but parents are being kept completely in the dark about what is being presented to their children and by who.”

Mr Donnelly continues, “Premier Andrews and Education Minister Merlino have been both doctrinaire and obstinate about the Safe Schools program. As a case in point, in March last year following a review of the resource material located on the Safe Schools Coalition Australia website it was recommended by the reviewer, Professor William Louden, that certain content was not fit for purpose. It was subsequently removed from the Safe Schools Coalition Australia website. In Victoria though the material that was removed from the website was immediately uploaded onto the state’s Department of Education and Training website, presumable under instruction from the Premier and/or Minister for Education. That material still sits on the Department’s website and is being actively promoted. In other words instead of taking into account what were rather modest recommendations by Professor Louden, the Victorian Premier and Education Minister got all hairy chested and gave the whole review exercise the middle finger.”

I totally get why Victorians build rhetorical walls to keep out this colony of convicts. Listening to a New South Welshman may sound like a Banshee singing Justin Bieber, but on this occasion we Victorians are fools to ignore such sage advice.

Mr Andrews and Mr Merlino, as a Victorian and parent of 3 children, I strongly urge you to re-examine your position on Safe Schools, and the unscientific and harmful gender theories now being forced upon our children. It’s ok to once in a while to redress mistakes and poor policy; humility is in fact a virtue that we value in our political leaders.  In winding back ‘Safe Schools’ and aspects of the ‘Respectful Relationships’ program, we do not have to wind back the clock on caring for children who may be working through issues of their own sexuality. We want to see them safe and flourishing, and this is achievable without having to promote ideology that is demonstrably skewed and unsuitable for the classroom.