The only good Christian politician is one who has the prefix non sitting at the front. Or, if they insist on believing in God, make sure it’s not the Christian God. Or, if that too fails, just make sure the god being worshiped is domesticated and progressive and doesn’t really believe what the Bible says.

It only took a few days, but elements of mainstream media have established their narrative for Australia’s new Prime Minister: Scott Morrison is one of those whacky Christians who believe in prayer and who hates gays and refugees. He’s dangerous because he isn’t following the script, the one that is being redrafted continuously by social progressives as they cherry pick scientific research and dismantle moral parameters that don’t fit with their already fixed social theories. 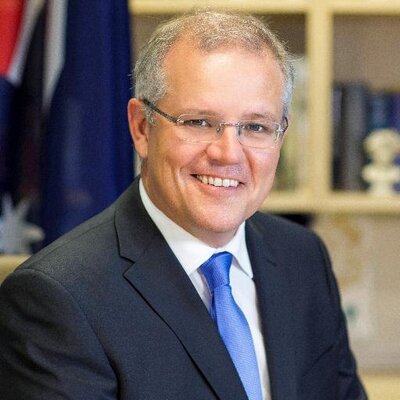 Tony Wright, yesterday sent our bodies into spasmic motions of laughter as we read his classic tales of Christian mockery and parody, Scott Morrison’s Sermon on the Murray. Love: it’s for Australians.

“I love Australia,” he cried.

“Who loves Australia?” he demanded.

“Everyone,” he answered himself.

“We all love Australia. Of course we do.

“But do we love all Australians? That’s a different question, isn’t it?

“Do we love ALL Australians? We’ve got to.

“That’s what brings a country together. You love all Australians if you love Australia.”

Call it Scott Morrison’s Sermon on the Murray.

It turned out to be a stream of consciousness devoid of policy announcements, starting and finishing with pledges to uphold Menzies’ legacy, and heavy on folksy family tales, love and, yes, prayer.

In the midst of a long and dreadful drought, glory be, it rained in Albury on Thursday.

Morrison wasn’t about to let that go by without homage.

“It’s great to see it raining here in Albury today,” he said, roaming the stage with a hand-held microphone.

“And I’d encourage others who believe in the power of prayer to pray for that rain and to pray for our farmers. Please do that.”

And in case there were those in the audience who weren’t God-fearing, Morrison included them, too.

“And everyone else who doesn’t like to do that, you just say, ‘Good on you, guys. You go well’. Think good thoughts for them. Or whatever you do.”…

The room by then was fairly oozing the love. No one had the poor form to note out loud that Morrison’s love for everyone apparently stopped firmly at the coastline he once defended by Border Force, or that supporters of that other Mardi Gras might not share his happy sense of family, given his well-known thumbs down to equal marriage…

No. He’d come to give his Sermon on the Murray. Family and prayer and individualism.

Yes. And love. Lots of love. For everyone, so long as they’re Australian.”

Ok, I have to admit, the “Sermon on the Murray” line is kind of funny, but mainly because I spent some of my childhood in Albury Wodonga and my name is, well, Murray!

Like every Prime Minister before him, Scott Morrison is creating a narrative of his own, and he has chosen to be upfront about his Christian faith. Good on him. Why should he hide it? We’re not living in North Korea, are we? Or in an Islamic country?

I’m not suggesting that Christians should be beyond scrutiny. Christians serving in the public sphere should not be exempt from serious questions on relevant policy and views. Christian beliefs are not beyond the scope of impassioned dialogue and debate. Indeed, as we read the story of the Bible we discover countless examples of the Apostles inviting careful investigation. Equally so, the Christian life ought also to display the character of Christ,

“You are the light of the world. A town built on a hill cannot be hidden. Neither do people light a lamp and put it under a bowl. Instead they put it on its stand, and it gives light to everyone in the house. In the same way, let your light shine before others, that they may see your good deeds and glorify your Father in heaven.” (Matt 5:14-16)

Don’t misunderstand me, Scott Morrison is no Messiah. I assume that our new PM, like every other Christian, will sometimes get things wrong, and that means that some of his decisions won’t always best reflect the Christian worldview that he upholds. For instance, do I think the Government’s policy on Asylum Seekers best reflects a Christian view of refugees? No, I don’t.  I think it’s cruel and unnecessary. But are our atheistic secularist friends really wanting an Australian Prime Minister to adopt policies that are shaped by Christianity?

If a politician or public figure makes their religious convictions known, it is entirely appropriate for journalists to note hypocrisy and inconsistency. However, it’s clear that the derision toward Scott Morrison’s Christianity doesn’t stop there; let’s mock the PM’s belief in prayer. Why? The issue isn’t even the fact that Scott Morrison has called for prayer, but that he’s praying to the wrong kind of god. The God who is revealed in Jesus Christ and who authored the Bible doesn’t preach their ‘progressive’ gospel of sexual fluidity, abortion, and non-heterosexual marriage.

Many of the same political pundits who are critical of Morrison’s Christianity are very quick to praise the sloganeering of religious figures like Rod Bower. They can’t get enough of his tirades of abuse toward conservative politicians. The more heretical his signs, the louder the applause. Yes, Australia remains ardently religious, and even the irreligious can’t help themselves. They’ll keep mocking religion that doesn’t fit their agendas, and they will praise from the heights (or lows) of twitter any Aussie in a clerical collar who preaches their message.

Mocking the right type of Christian will win ‘likes’ on social media, and will ensure our parodies are published in the paper, but it is all rather dull and unoriginal. This kind of mud-slinging has been going on since, well, since the time of Jesus. The Roman soldiers had a riot of a time while they mocked Jesus, before crucifying him, and the religious elite joined in the fun as Jesus hung there on the cross.

My advice to Aussie Christians is, don’t get too upset by the latest round mocking Christianity. Didn’t Jesus have something to say about insults in the Sermon on the Mount?  After all, remember the strangest irony of all, our Churches are filled with once-upon-a-time mockers. Our congregations are made up of people who once didn’t believe in prayer but have now discovered pray is effective. Today’s Christians were often yesterday’s critics; we once argued how the Bible is an archaic and immoral book, but now we have become convinced that the words of Scripture are true and good. Anti-theists become theists and worshipers of Jesus Christ.

One thought on “The only good Christian politician…”