‘We are fools for Christ, but you are so wise in Christ! We are weak, but you are strong! You are honored, we are dishonored!’ (1 Corinthians 4:10)

Friend of the Gospel Coalition Australia and City to City Australia, Tim Keller, was due to receive the Kuyper Prize for Excellence in Reformed Theology and Public Witness, on April 6. It is an annual prize awarded by Princeton Seminary. 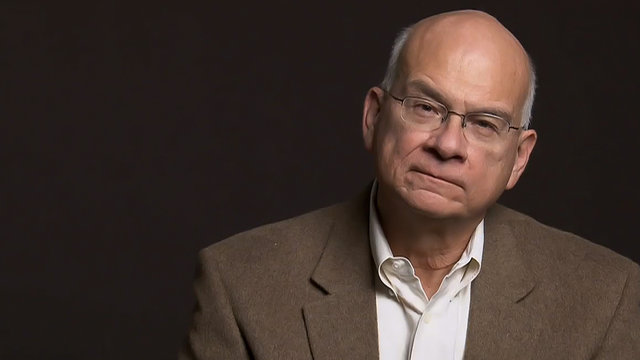 Princeton is one of America’s oldest and most prestigious theological training institutions, and Abraham Kuyper was one of the 20th Century’s leading practitioners of Calvinism.

Anyone who has met, listened to, or read Tim Keller will know he is gracious and perspicacious, winsome and biblically rigorous. It is this God given combination that has enabled his books and preaching to reach such a wide audience, even here in Australia.

In a scene replicating this year’s Acadamy awards, ‘the academy award for best picture…’, Princeton Seminary has changed its mind.

After numerous complaints, the Princeton leadership has taken the unprecedented step of withdrawing this year’s prize. When Abraham Kuyper said, ‘There is not a square inch in the whole domain of our human existence over which Christ, who is Sovereign over all, does not cry: ‘Mine!’, I don’t think he meant the square inch that is Princeton was exempt.

President of Princeton Seminary, Rev. Craig Barnes, has written an open letter in which he says, giving Keller this annual price might be seen as an endorsement of his views on women’s ordination and LGBTQ people.

Rev Barnes adds that he remains committed to academic freedom and “the critical inquiry and theological diversity of our community.” Hmmm. To be fair, while they have rescinded the award, Princeton has kept their invitation for Keller to give a lecture at the Seminary, which he has graciously accepted.

In the case of Princeton Seminary, we are not talking about a secular education institution, or a brewery (Aussies readers will understand), but a Bible College. One critic wrote, ‘we are honoring and celebrating a man who has championed toxic theology for decades.’  I am saddened by those words, that the Bible’s teaching on marriage, church, and gender should be viewed as toxic, and calling it toxic should be described as Christian.

Barnes admitted this had been “a hard conversation” but one “that a theologically diverse community can handle.” Clearly, they couldn’t handle it. No one is suggesting Princeton or any theologically egalitarian institution ought to invite complementarians to speak, teach, or be given awards. I’m pretty sure Tim Keller wasn’t petitioning for this or any prize. The lesson for institutions is simple, don’t stuff up by saying you’ll do something and then not doing it. I’m pretty sure there’s a Christian principle behind that one: “let your word ‘yes’ be ‘yes,’ and your ‘no’ be ‘no’” (Matt 5:37).

Sadly, this is not a first. Several years ago another respected American Christian thinker was visiting Australia for a series of missiology lectures, and one denomination (who were also sponsors) withdrew their support and invitation to speak, on account of his complementarian theology.

My Australian Christian friends who still believe avoiding these topics is the best policy, are living a fools paradise. We don’t make sexuality the issue, but society has, and it has determined that sexuality is the plumb line of moral truth in the Western world. Silence is not going to cut it, and defensive and angry responses miss the mark. Tim Keller has given us a wonderful model for responding; he has agreed to address a community who have publicly shunned him; that’s an example to us all.

‘when we are slandered, we answer kindly. We have become the scum of the earth, the garbage of the world—right up to this moment.’ (1 Cor 4:13)

We live in this world, seeking to serve Christ and to imitate him in order to show the world his glory, truth and grace, and we do so with a sure and certain hope. As the Apostle Paul expressed to Timothy, ‘Now there is in store for me the crown of righteousness, which the Lord, the righteous Judge, will award to me on that day—and not only to me, but also to all who have longed for his appearing.’ If God has secured this ‘prize’ for us, we can afford to show grace to those who might identify us with toxicity.

It is important to distinguish between evangelical egalitarians and the kind of egalitarianism being proffered by Princeton and the PCUSA which includes affirming LGBT lifestyles and same-sex marriage. I disagree with the former, but the latter lies outside Christian orthodoxy.

This post is not a criticism of ‘evangelical’ egalitarian theology. I love my egalitarian friends and joyfully work alongside them for the advance of the Gospel. Obviously, we disagree on some matters, and we agree that these subjects matter and for that reason we don’t partner on some projects. I suspect though that even they would be disappointed by Princeton’s actions.

photo from The Gospel Coalition