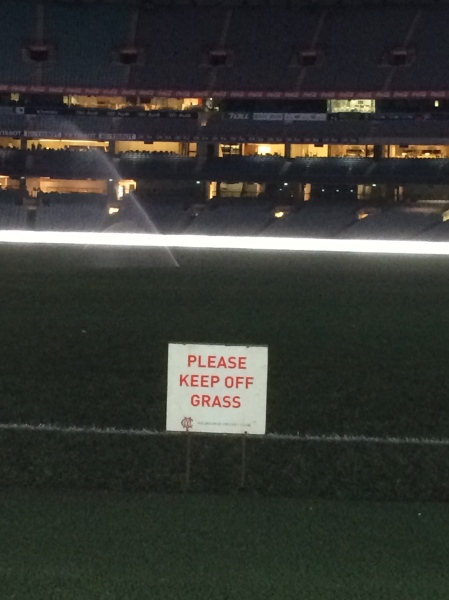 “The people advocating for marriage equality in Australia are not attempting to impose their beliefs on to any church, they are simply objecting to churches imposing their definition of marriage onto the rest of us.”¹ (Jane Gilmore, Freelance writer, 18/10/16)

“What happened in Ireland, and Great Britain, most of continental Europe, most of the Americas, New Zealand, Canada and all the rest?

“I challenge people here to demonstrate that changing the Marriage Act will lead to negative changes in religious freedom.”³ (paraphrase of a statement spoken by Mark Dreyfus at the recent Freedom For Faith Conference, 23/09/16)

It is unsurprising to hear a growing cacophony of voices dampening suggestions that changing marriage in Australia will lead to any negative consequences for society and religious freedom. To acknowledge such impact would probably weaken their position. But it is important for Australians to recognise that the argument of ‘no change’ is simply untrue.

Scott Sanders from The Geneva Push recently sat down with Mikey Ovey (Principal of Oak Hill College, London) to talk about what has been happening in the UK since same-sex marriage was legalised in 2014. It is worth taking time to listen to these 4 short videos. Keep in mind, Mike is speaking directly to the situation in the United Kingdom. There are also examples coming out of Canada and the USA which demonstrate how same sex marriage undermines not only freedom of religion, but also freedom of conscience. Al Mohler’s program, The Briefing, is a helpful resource for gauging the shifting climate in North America.

Even here in Australia, and this being prior to the legalisation of same-sex marriage, there are clear examples of how this issue is rearranging and limiting religious freedoms. For example, it is no longer possible to win preselection in the Australian Labor Party unless you agree to same-sex marriage. In recent weeks, in light of the now unlikely plebiscite, politicians across Parliament have been discussing which people and organisations will receive legal protections, should same-sex marriage be introduced. If there are no negative outcomes, why is the Government drafting legislation to protect certain groups?

Reshaping marriage means reshaping society and society’s laws and expectations, and reshaping the contour of religious freedom and practice. Lisa Wilkinson and Jane Gilmore can argue otherwise, but it is the logical flow on effect, and we are seeing this in practice around the world.

With all this talk about religious freedom one may be forgiven for thinking that this is the chief reason why Christians are arguing against changing the Marriage Act. This is not the case. Christians believe that  the Genesis paradigm for marriage is a creation mandate that is a good for all humanity, not only for Christians. Until a few years ago this view of marriage was an assumed good, but now we are aiming to persuade our fellow Aussies that it remains a good for society today. At the same time, it is imperative that we understand the kinds of changes that will issue from this watershed redefinition of marriage.

To Christians reading this, be assured, our ultimate confidence is in the Gospel of Jesus Christ, not in Australian law. The future of Christianity is not contingent upon any current or future legislation. No matter the socio-ethical landscape, we know God will continue his work through the Gospel and Churches will continue and people will become Christians. If God can redeem 50 million Chinese in communist China, and millions under persecuting Roman Emperors, cannot God still work in Australia? This of course includes  implications for how Christians  love and serve our gay and lesbian neighbours, whether the definition of marriage changes or not. I trust we are already making every effort to befriend and support them, and to show them the love of Christ. For we remember that we too, in all manner of ways, once defined morality and truth in ways to fit with personal inclinations, and in that moment God graciously revealed Christ to us.