First things first, there is no such thing as a Christian Olympics, just as Christian-science and Christian-music are not things. There can of course be Christians who participate in the Olympics, as there are athletes who adhere to all manner of world views.

The Olympic Games in Ancient Greece certainly took on a religious shape, and even many of the modern games have included various spiritualities as part of their opening and closing ceremonies. The Olympics however is not given to a particular view of God, and yet some athletes take the opportunity to express their belief in God.

As I’ve watched the Games each day, I haven’t sifted the channels to find those athletes waving the Jesus flag, and one hasn’t needed to, for there seems to be a greater boldness among Christian Olympians in Rio to express their faith in Jesus Christ.

There is no way of knowing how many athletes adhere to various religions; for every athlete we see acknowledging God, there are probably another 100 whose prayers and praises we do not see.

Among the Olympians who profess a faith in Jesus Christ are Allyson Felix, Simone Manuel, the Fiji Rugby 7s, Anna van der Breggen, and Usain Bolt.

In the women’s 5000m qualifier, we witnessed one of the Olympics special moments; not with a gold medal or world record, but when and Nikki Hamblin (NZ)and Abbey D’Agostino (USA) tripped and fell. D’Agostino stood up quickly but instead of continuing the race she turned to Hamblin and helped her to her feet, and only then did they complete the race together, despite D’Agostino being injured in the fall.

In an interview with NBC Sports, she said,

“Although my actions were instinctual at that moment, the only way I can and have rationalized it is that God prepared my heart to respond that way,”

“This whole time here, he’s made clear to me that my experience in Rio was going to be about more than my race performance – and as soon as Nikki got up I knew that was it.”

“I know there’s often criticism of athletes praying before a competition, or thanking God for their victory. I like to think this is why we should pray before a sporting event. Not that God will favor us with victory, but that we will be aware of His presence and have the Grace do what He would have us do.”

It is interesting listening to commentators as they respond to this talk about God: sometimes it is met with silence, or explained away as ‘ritual’, and other times the media leave out the Christian testimony altogether.

The Olympics is the ultimate test and glory for many of the world’s sportspeople, and to reach this goal they have sacrificed in ways most of us, including myself, do not comprehend. And yet, on this world stage we have heard many athletes declaring that there is greater glory, and that belongs to God.

Giving thanks to God for athletic ability and success is indeed honouring to God. Of course many non Christians also achieve Olympic success, and we watch their skill and strength with awe; the difference is, some athletes attribute their gifting to God.

Perhaps the best summary of a Christian perspective on the Olympics, comes from the American duo, Steele Johnson and David Boudia, who won silver in the synchronised diving:

“When my mind is on this and I’m thinking I’m defined by this, my mind goes crazy, but we both know that our identities are in Christ.” (Baudia)

“Knowing that my identity is rooted in Christ and not in the competition, whatever the result might be, I can just enjoy the experience.” (Johnson) 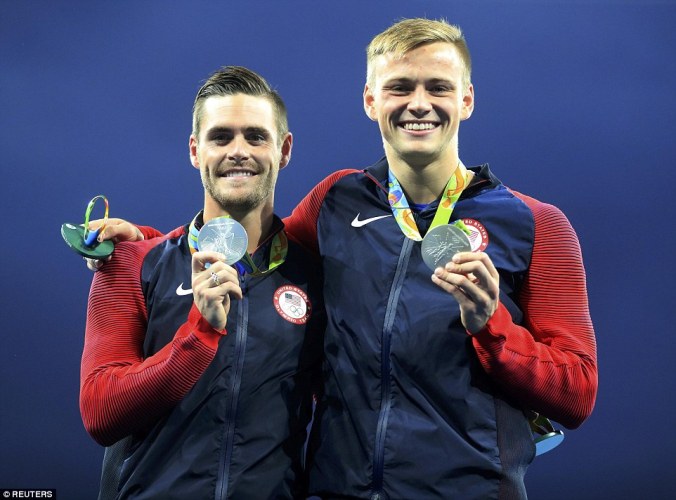 Making the Olympic team is an amazing feat. Winning an Olympic medal is a dream only a few of the world’s best athletes will ever reach. Knowing Christ is greater again. Now, that is a perspective of reality which is truly worth contemplating.

One thought on “The Most Christian Olympics Ever?”