I was preaching through 2 Corinthians 2:12-17 last Sunday at Mentone Baptist. It is a word of exhortation given by Paul to the Church in Corinth. The imagery doesn’t only denote the big picture purpose of Paul’s ministry, but one for all who are participating in Christ’s redemptive work and who are now being led by and used of God. In other words, this is yet another description of God’s intention for his Church in the world

During my sermon prep, I was reminded of an episode from Yes Minister. I love watching reruns of Yes Minister. This 1980s British comedy combines the best of British humour with a view of political rumbles that is at times eerily close to reality. 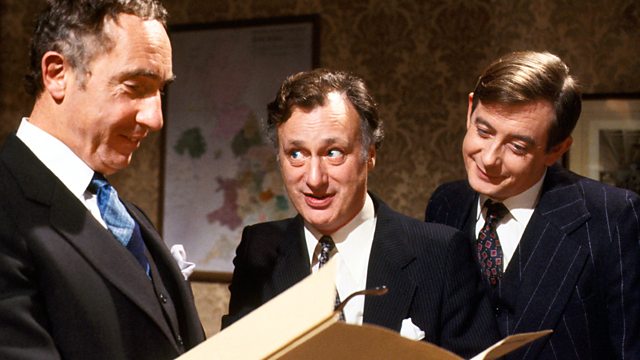 A Hospital without doctors and patients

In the episode called, ‘The compassionate society’, Jim Hacker, the Minister for Administrative Affairs, learns about a new hospital that had opened in London, St Edward’s hospital. It is a large 1000 bed hospital that had had been opened for a year. Hundreds of staff had been employed and were working in the facility, but there were no doctors, no nurses, and no patients. Hacker is puzzled by this strange omission and so he questions his advisors. “How can the Government spending millions on pounds on a hospital that has no patients, no doctors or nurses?”

The reasoning is both absurd and logical. Sir Humphrey Appleby explains that hospitals require all manner of staff in order to function; For example, a hospital needs accountants, otherwise who would administer the finances and pay the employees and hospital costs?  Secretaries are necessary to facilitate communication between departments and with outside contractors and Governmental authorities. A hospital also needs maintenance staff and cleaners, and managers to every oversee each department, and so the rationalising continues.

Upon hearing this ridiculous state of affairs, Jim Hacker is beside himself, decrying the obvious missing point, “but there are no patients”.

Indeed, what is the point of having a hospital that doesn’t care for the sick?

The Minister finally decides to visit St Edward Hospital and to assess the situation for himself. He is led on a tour by the hospital’s CEO. She explains to him that St Edward is one of the best run hospitals in the UK and that they were recently nominated for the ‘Florence Nightingale’ award for best hygiene!

As he is shown around a surgical theatre which is filled with all the latest and best medical equipment, Mr Hacker turns to the CEO and asks,

“Doesn’t it disturb you that it’s not being used?”

She replies, “Oh no. prolongs the life of the equipment and cuts down costs.”

A Church without Gospel proclamation

A Church can exist, having people and a budget and running programs, but if we are not preaching the Gospel and calling people to repentance and faith in Jesus Christ, we are like St Edward hospital, void of the purpose for which God has called us. A Church can be busy doing stuff and being content in that, and yet failing to administer the work that God has set us aside to join. It’s not that all the other work is unimportant, but they designed to support and promote the primary work of a Church.

14 But thanks be to God, who always leads us as captives in Christ’s triumphal procession and uses us to spread the aroma of the knowledge of him everywhere.15 For we are to God the pleasing aroma of Christ among those who are being saved and those who are perishing. 16 To the one we are an aroma that brings death; to the other, an aroma that brings life. And who is equal to such a task?17 Unlike so many, we do not peddle the word of God for profit. On the contrary, in Christ we speak before God with sincerity, as those sent from God. (2 Corinthians 2:14-17)

Paul regularly reminds the Churches that he’s writing to that participation in God’s mission is no easy task. Indeed, he exclaims in v.15, “Who is equal to such a task”. He doesn’t however confuse difficulty with ambiguity.

God has given His Church a mission. This mission is clear and yet difficult. It is beautiful and yet sometimes poorly regarded. It is triumphal and yet necessitates costly sacrifice. It is the aroma of life to some and the stench of death to others.

The Christ who now leads a triumphant procession was first led in another procession, one that ended in a cross. God here views his own people as captives, which denotes an expectation of suffering but also of belonging, that Christ’s servants who are to obey his commissioning. As we follow as captives in Christ’s triumphal procession God uses us [the Church] to spread the aroma of the knowledge of him. This spreading is described in vv12-13 as preaching the Gospel of Christ. The true knowledge of God and knowing God comes through the Gospel of Christ who has been raised from the dead. Thus, the proclamation of this good news is the ministry of the church.

A challenge for our churches is that in a season where they are so many challenges and demands and opportunities, we want to avoid the St Edward Hospital syndrome, and the only way to do that is to keep trusting and obeying God to lead us and to use us in his Gospel mission, as he has revealed in his perfect word.