The Uniting Church has been chasing after the culture ever since its creation in 1977. While there are evangelical churches and ministers within Australia’s 3rd largest Protestant denomination, they are relatively few, and these have been engaging in formal discussions to review their association within the denomination. If the final nail in the coffin hadn’t already been laid, surely it has after today’s proceedings.

Today, the Uniting Church (Synod of Victoria and Tasmania), voted in support of motions to allow euthanasia in their agencies. 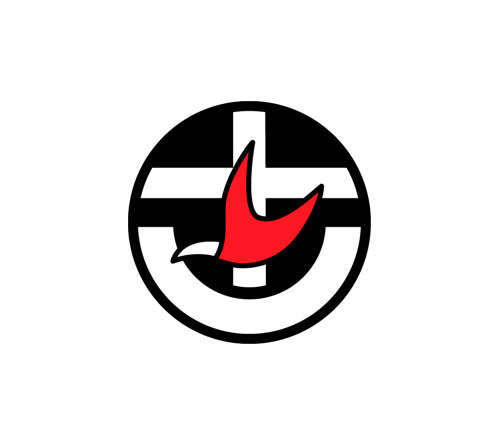 In a statement released on their website we read,

“Key points from the resolution included:

There was a range of faithful Christian responses to voluntary assisted dying.

Exploring, accessing and conscientiously objecting to voluntary assisted dying were all within the range of faithful Christian responses to the Victorian Voluntary Assisted Dying Act 2017.

To give permission within Victoria to UCA institutions (Uniting Vic.Tas and Uniting AgeWell) and the UCA-affiliated hospital group Epworth HealthCare to make voluntary assisted dying allowable within the context of their facilities and services for their patients, clients and residents.

Moderator Rev Denise Liersch said afterwards: “The decision was made after a long period of careful consideration, discussion, and prayer.

“As followers of Jesus, we affirm that all human life is precious and has God-given dignity.

“We believe allowing voluntary assisted dying in our agencies, under the constraints of the legislation, is consistent with this belief.

“The Synod will prepare pastoral responses and resources that reflect the Synod’s decision.

“The Synod acknowledged that exploring, accessing, and conscientiously objecting to voluntary assisted dying was within the range of faithful Christian responses to the Victorian Voluntary Assisted Dying Act 2017.

“As outlined in the legislation, any individual in our agencies or Church members may act in accordance with their own conscience in this matter.

“I was impressed with the way in which the Synod members grappled with this issue openly, honestly and faithfully with its theological and practical implications.”

Let’s get our heads around the moderator’s assertion, “in the name of Jesus…voluntary assisted dying in our agencies, under the constraints of the legislation, is consistent with this belief”.

‘In the name of Jesus’, we support the killing of terminally ill human beings?! What a disgrace to attach Christ’s name to such an ignominious and evil practice.

It doesn’t matter how much they couch the decision in terms of careful discussions or extended times of prayer and thought, or listening to ‘expert’ panels, a wrong decision is still a wrong decision. This is not the first controversial decision to be made by the Uniting Church. In 2018 the Uniting Church (Synod of Victoria and Tasmania) adopted same-sex marriage. With an unsurprising congruity, a denomination known for its ‘liberal theology’ is quickly falling into line with mainstream positions on many social issues, including calling for the decriminalisation of illicit drugs, and vocal support of abortion among some of its leaders, including the Victorian Synod’s bioethics committee. The very trajectory designed to make their churches more inclusive is, in fact, making them redundant. Why become Christian and join a Church if Christianity simply mirrors the worldview I already hold? According to the 2016 Census, the Uniting Church is one of the fastest declining denominations in the country, losing around 22% members since 2011 (almost 200,000 people). There is little doubt that the direction will continue.

The Uniting Church has already littered the landscape with graves where there were once churches, and now they are giving consent for their health agencies to sanction euthanasia. It is one thing for a Government to legalise euthanasia, but for an association of Christian churches to stand together and vote in favour of their own agencies to allow this practice? And then have the audacity to attach the name of Jesus to this?

As I pastor I am not immune to the terrible suffering people experience, including among some who have a terminal illness. As a member of the community, I’m not blind to awful suffering experienced by friends and family. No one wants people suffering, and yet there is a line we ought not to cross, namely sanctioning the killing of human beings because they are ill. Hundreds of medical professionals urged the Victorian Parliament not to accept this legislation, but instead provide proper funding to palliative care. Sadly their concerns and appeals were ignored.

This is State sanctioned suicide which has now become Church approved suicide. When Churches decide that handing out lethal pills to patients is in accord with the Christian faith, it is clear that they have long deserted the faith and are now following a very different religion to the one taught in the Scriptures. The fruit of today’s decision may lead to the deaths of vulnerable people who are using Uniting Church health facilities. It is hard to grasp how such fruit can ever be equated with the work of the Holy Spirit or with a Christian Church. The careful use of doublespeak, i.e. giving employees freedom of conscience on this issue, does not remove the force of the Synod’s decision. The same tactic was employed in last year’s marriage debate.

No doubt there will be Christians within the Uniting Church of Victoria/Tasmania who are tonight grieving this decision. These brothers and sisters need our prayers as they discern what to do.  Many other Christians share their grief tonight and we ask for God’s mercy.