If Tuesday’s headlines in the Melbourne’s media were anything to go by, the most important news coming out of the national census is that Melbourne is better than Sydney and we are about to become bigger. After all, you can’t dispute numbers! A closer inspection of the data however points out that Melbournians will have to wait a little longer for this prestigious non-title title, about 33 years! 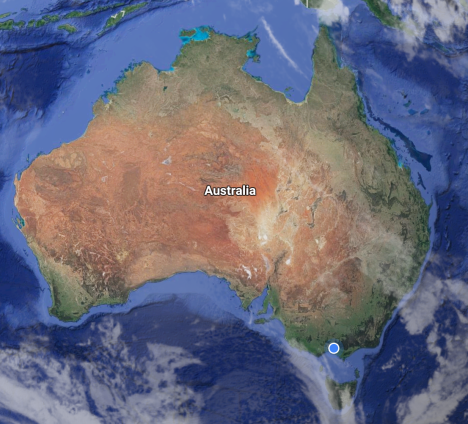 A more important conversation has exploded across the country, that of the religious contour of Australia, or should that be, its lack thereof?

Lobbyists have begun spinning census numbers their way, for greater numbers supposedly means more social power and influence. However, statistics can be less useful than we are being led to believe, this is certainly true regarding the question of religious affiliation. The census is useful as a sociological exercise, for it is asking Australians to self-identify. Census data is the national collation of Australian opinion and self-allocated identity, but the numbers however may not always reflect what some are alleging.

Let us take the following two groups as an example, ‘no religion’ and ‘Christian:

Tosca Lloyd wrote a piece in The Age, with this headline, “End Australia’s Christian bias”. His was one of several examples of census overreach. It is truly an odd piece, take this comment for example,

“Does secularism commit the same offence, imposing the views of the nonreligious onto the religious? No. The advantage of a secular society is its tolerance of, and neutrality between, different groups and individuals in society providing they obey the law and do no harm.”

Lloyd equates the ‘no religion’ numbers with atheism, he wrongly defines secularism as non religion and therefore with atheism, he ignores the fact the the majority of Australians still identify as Christian (22% higher than ‘no religion’), and he doesn’t appreciate how many non Christians value much of the Christian heritage Australia has and would like this to continue, and he ignores the fact that atheistic secularism is not neutral but is frequently intolerant of other world views. Indeed, his own article reeks of intolerance toward Christianity.

I understand people feeling tempted to inflate numbers, but it is not a particularly rational response to the data. One senses from social media that some of our atheist friends have been looking for the knock out punch against Christianity, and they believe the census is just that. It seems that they don’t always know what they are swinging at.

The Australian suburb with the largest percentage of people ticking ‘no religion’ is North Fitzroy in Melbourne, with 47%. In an interview for SBS,

“Local councillor Misha Coleman said the high number of “no religion” responses may just have been a reluctance of responders in the area to identify with one particular faith.

“It’s more than privacy, it’s maybe a reticence to say they’re one thing or the other,” she said.

“Maybe people in the area don’t want to be defined, or categorised, or labelled as a particular religion.”

In other words, don’t conclude that ‘no religion’ always means no belief in God.

In the words of the Australian Bureau of Statistics (ABS),

“Australia remains a religious country, with 60% of our population reporting a religious affiliation. However, the proportion of people reporting no religion, including people with secular and other spiritual beliefs, increased to 30% in 2016 – up from 22% five years ago.

The current state of the nation’s faith breaks along age lines. Older people keep their faith. Younger people tend to report ‘no religion’. This response was most common among younger people, with 39% of those aged 18 to 34 reporting no religious affiliation.

Part of the decline in religious affiliation is a general move away from the traditional Christian denominations. Nevertheless, 52% reported an affiliation with a Christian religion – predominantly Catholic (23%) and Anglican (13%). New South Wales and Queensland remain the most Christian states, but there is an overall decline in the percentage of Australians reporting their faith as Christian.

The census assumes Christianity is defined in ways other than by the Gospel of Jesus Christ. The only category offered is, do you self-identify as Christian, and with which Christian denomination? This is not a fault of the census as such, for ABS is simply asking questions through a different grid to that which Christians would use for working out such things.

Who is a Christian in Australia today? The census gives great laxity here. A individual may define their religion according to their cultural or family heritage. It may be that they were baptised as infants, or that  their grandparents attend a church.The connection may be as tight or as loose as each person determines.

The percentage difference between the new census figures and those who regularly attend a church are vastly different, and the numbers of Australians whose membership is with an evangelical church is smaller again. Not that church attendance is the sign of being Christian, but it is a measure.

Again, it is beyond the scope of this census to determine, but decades of theologically liberal Christianity and spiritual soft drink Christianity have inevitably led to people turning away. If I held up a faded photocopy of a hand drawn chalk copy of Van Gogh’s ‘Starry Night’, drawn by me, and I tried to persuade people that this was a genuine Van Gogh, it would make sense that people were disinterested and skeptical. Who would want to believe in and follow Jesus Christ, given the fraudulent presentations so often given in Australian Churches?

One further question that was outside the parameters of the census relates to how evangelical churches are going in contrast to other Churches. While Christian denominations are overall witnessing decline, many individual churches are moving in the opposite direction. Evangelical Churches are not confined to any single denomination but are found within and across many Christian traditions. I’m using the term evangelical in the most basic way, to denote churches who uphold orthodox doctrine, and who preach and practice this faith. These Churches are Gospel-centred, Bible based, and active in evangelism. Such churches are regularly seeing growth not decline.

There is not one religious shift taking place in Australia, but several:

1. Other religions are growing in Australia. This is primarily due to immigration, as opposed to conversion growth. There are of course a few Australian who formally convert to Islam, Buddhism, or Hinduism, but the numbers of probably very small.

2. Cultural Christianity (or nominal Christianity) continues to decline. Despite this decline, more Australians than not, still see themselves as having some affiliation with Christianity. More than that, it is highly presumptuous for social commentators to conclude that only “Christians” are interested in upholding Christian values across the cultural and political fabric of the nation. To strip away these heritages that a derivative of Christianity will eventually leave our country naked and searching for a fig leaf to hide behind.

4. Humanist secularism is growing (as opposed to a properly defined secularism which gives ample public space and freedom for religious views). There are probably more atheists, as there are almost certainly more agnostics, more self-defined spiritual-not-religious people, deists, uncommitted theists, and so on.

5. Evangelical Christian Churches are growing, and there are more of these churches starting across the country.

Atheists gladly proselytise, they even organised a public campaign prior to the census, urging Australians to tick the ‘no religion’ box. Now that the figures have been released, their recruitment drive is on again. Christianity is also a missionary religion and a persuasion religion. The challenge in previous generations was to evangelise nominal Christians, today’s opportunity is to love and serve and evangelise people from other religions and those who identify with none.

Christians should not be discouraged by the census, because understanding what our fellow Australians think and believe and value, is enormously helpful.

We can expect mainline Churches to continue downward. Churches that obscure or who redefine the good news of Jesus Christ will inevitably collapse into irrelevance. While this saddens us, it is also a good thing because we don’t need more Churches painting faded fakes of Jesus Christ. More than ever Australia needs Aussie Christians to be clear on the Gospel. We Christians need to believe, trust, tell and show our fellow Australians why and how the Christian Gospel is the greatest and most vital message we can ever hear. This is imperative, not because we are trying to hijack a census or attempting to retrieve some lost national identity, but because the life of each and every Australian matters, and God matters. The ultimate numbers crunch isn’t Census 2016, or Census 2021 or 2026, but the book that will be opened on the last day. And this book will be more revealing than any census, and we long for our fellow Australians to have their names printed there.