Disclaimer: I’ve been a Carlton supporter since I was 5 years old!

Like it or not, the debate about same sex marriage has become less about the definition of marriage, and more about freedom of speech.

I believe that the first and central question is about how we define marriage. I would love to see the nation sticking with the question and arguing the merits, for and against. In my opinion, beyond a few slick slogans, I don’t think the ‘yes’ campaign has a substantive argument. Apart from the fact that the UN and the European Court of Human Rights have ruled that none of the major treaties require recognition of same sex marriage as a human right, ‘love is love’ and ‘equality’ are phrases that ultimately mean that marriage can be anything, and therefore, is meaningless. In contrast, I remain convinced that current legal definition accurately reflects logic, biology, and the purpose of marriage.

It is become clear though that this debate is largely about which Australians are permitted to speak and hold a public opinion. It is not as though I’m conflating one or two examples, but media are citing examples on a daily basis, and many more never reach the attention of journalists.

Yes, there is freedom of speech, as a group of Catholic students from the University of Sydney experienced last week. Members from a Catholic club were surrounded by 200 protesters screaming abuse at them, destroying posters, and hurling objects.

Yes, there is free speech for the 18 year old Canberra girl, Madeline, who was sacked by her employer this week for doing nothing more than posting on her private Facebook page, “it’s ok to vote no”.

Yes, Australian Rugby star, Israel Folau, was free to tweet, “I love and respect all people for who they are and their opinions. but personally, I will not support gay marriage.” The national outrage was immediate and so were the calls for Folau’s removal from the national team.

There have also been reports of a couple of religious schools sending letters to parents, asking them to vote, ‘no’; I don’t think that’s right. In contrast, we are seeing many companies, local councils, sporting codes and clubs, and celebrities siding with the ‘yes’ campaign. Which each endorsement there is wide spread praise in the media and by various politicians.

There is a question worth asking about whether companies and sporting clubs should take a public stand on marriage, either for or against; I think there are legitimate arguments both ways. Undoubtedly, adopting the truncated rainbow colours is an opportunity for a photoshoot, free promotion in the newspaper, and loud applause on twitter. However, for those employees and supporters who are either unconvinced by SSM or intend to vote no, there is little room for them to dissent.

Groups who public campaign for SSM need to seriously consider how they will treat employees and customers who don’t agree with the position they are taking. In the United Kingdom, all volunteers of the National Trust were forced to wear rainbow bands in support of same sex marriage. Anyone refusing to wear the colours was stood down until such time as they received education and changed their minds.

On the other hand, can you imagine any Australian company, local Council, or sporting club, promoting a ‘no’ vote on same-sex marriage? 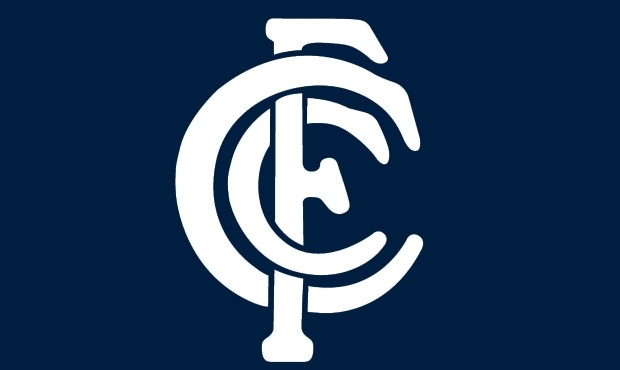 Yesterday we learned that it is not even ok for a sporting club to remain neutral on the issue. The Carlton Football Club released a statement, explaining that they won’t be tell supporters how to vote.

“THE Carlton Football Club prides itself on being inclusive, and a leader in engendering equality and a deep sense of belonging.

The issue of ‘same sex marriage’ is essentially one of equality; and so the Club encourages all of its people to have their say in this important national vote.

As a Club, we respect that this is about personal choice, and as such don’t intend to campaign on the issue, but we do strongly reinforce our Club’s absolute commitment to equality – and a community that is free from any form of discrimination.”

Carlton’s stance is entirely reasonable and in keeping with true democratic principles, and yet their twitter feed is now congested with complaints and denouncements. Let’s be perfectly clear, the Navy Blues aren’t encouraging anyone to vote against SSM, their sin was that they did not come out in favour.

This reveals how the marriage debate is about so much more than just marriage. Last week in The Age, Aubrey Perry urged readers to vote ‘yes’, so that we can rid the public square of religion. Days later, Matt Holden, argued that the days must end when religious ideas can be allowed in political and public debate. These admissions are an embarrassment to some folk campaigning for ‘yes’, and so they’re obliged to stay course and insist no one is arguing for the diminishment of religious and public freedoms. Like climate change, it’s becoming harder and harder to ignore the evidence.

Once the Titanic hit an iceberg in the Northern Atlantic, the temptation to leave the sinking ship must have been almost irresistible. The urge to survive understandably drove many to fight their way onto the lifeboats, and even to leap into the icy waters below.

Free Speech in Australia hit the iceberg in March of this year. It was no accident. Social progressives had already hijacked public discourse in the country and been navigating toward the destruction of civil disagreement.

The initial scene looked innocent enough; the Bible Society sponsored a video conversation between to Government MPs, Tim Wilson and Andrew Hastie. The two men sat down over a Coopers’ beer and enjoyed a civil conversation about marriage. The civility was too much, and within minutes pubs across the nation were boycotting Coopers, and tirades of abuse hit social media. So incensed were non beer drinkers and craft-beer drinkers across the nation, that they bought bottles of Coopers beer only to smash them in allys across the nation until Cooper’s management fell obliged to jump and join the fight for same-sex marriage.

The AMA (Australian Medical Association) was quick to join those supporting a change in marriage. Hundreds of doctor responded saying, ‘hang on, we don’t agree’, but apparently the only doctors  who understand medicine are those who support same-sex marriage

When a Fairfax Columnist and television comedian recently suggested that MPs should be sexually assaulted for not supporting same-sex marriage, there was broad silence among almost all media outlets. He later insisted that the tweet was a joke (as though sexual assault is funny).

What is this national conversation about? It is about our understanding of society’s basic and best building block, marriage. Should it be removed and an alternative inserted? It is also incumbent upon Australians to also recognise that this debate has further reaching consequences, including freedom to speak and expression an opinion without fear of being sacked or being publicly shamed for disagreeing with the self-appointed moral judges of our time.

In accordance with s 6(5) of the Marriage Law Survey (Additional Safeguards) Act 2017, this communication was authorised by Murray Campbell , of Melbourne, Victoria.