If you haven’t already, it is worth reading the ‘Theological Vision for Ministry’ for  The Gospel Coalition Australia which was announced on December 4.

It does a great job at reflecting Evangelical theology in an Australian context. It is also a fantastic example of what Gospel ministry can and should look like in Australia.

You may have read these startling words a few days ago:

“profit from making misery out of the lives of others”

“Australians are harming themselves and others”

These statements were among others released last week, raising suspicions as to what pernicious if not terrorist plans are being mounted in Australia.

Why are they calling for people to take advantage of those in desperate circumstances? How are Australians harming others, and who are these others? Syrians? Iraqis?

Far from belonging to a foiled terror plot, all three sentences were in fact spoken by Prime Minister Malcolm Turnbull, as part of a speech he gave last week at St Vincent’s hospital, Sydney. He was announcing the release of a report looking into the terrible trauma that the drug ice is inflicting on our society.

Without context, each of these lines could be interpreted in a range of ways, including a worst case scenario. 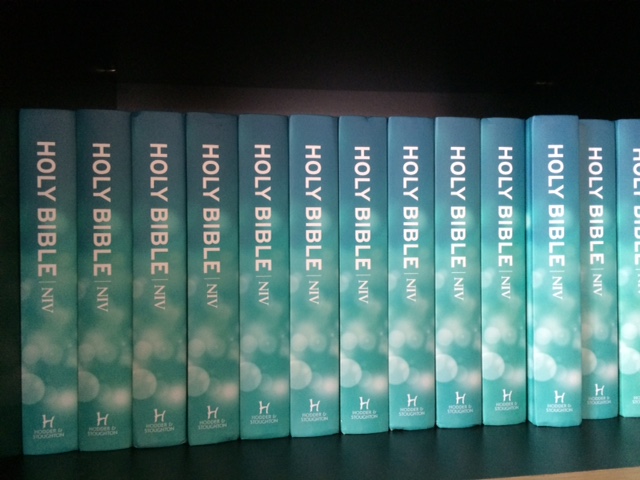 You may be one of the million or more people who have now watched on youtube, ‘The Holy Quran Experiment’. Last week, two Dutch filmmakers, Sacha Harland and Alexander Spoor, had the bright idea of taking a Bible and disguising its cover to  look like a copy of the Koran. They then walked the streets asking people for their reactions to certain ‘shocking’ verses that were read to them from the “Koran”. The Koran  of course was never cited, only Bible passages were read, such as from Leviticus ch.20 and ch.26 and from 1 Timothy ch.2.

People were genuinely convinced that the Bible verses being read to them where sayings from the Koran, and they offered comments such as,

“To me this sounds like they want to oppress you and force you to believe what they believe.”

“If you’ve been raised with this book and these kinds of thoughts, it’s going to influence the way you think.”

At the start of the video, Harland and Spoor offer this explanation for the experiment, “Muslims have been accused of following a faith that has no place in our Western culture. What about Christianity? A religion that has influenced our culture greatly”.

This “comic” Bible-Koran experiment might possibly reveal something about Dutch attitudes toward Islam, but what it really proves is sadly how illiterate people are when it comes to knowing the Bible (and also the Koran).

If the intent was, as the video suggests, to demonstrate how Christianity contains awful ideas and practices, they haven’t done a particularly stellar job. Ripping Bible verses out of their context says no more about Christianity than what you learnt about Malcolm Turnbull when I cut and pasted from his speech on fighting drugs. Phrases and sentences have historic and literary contexts, without which, they lose the meaning given to them, and thus we end up reaching all kinds of strange conclusions that were never intended. That is not to say that the Bible doesn’t describe some pretty shocking events or contain ideas that challenge our modern sensibilities, but reciting words without their context helps no one to understand either the Bible or Islam. If anything, these Dutch comedians haven’t mocked the Bible, they’ve  made a bad joke about their own methodology.

I wonder if Australians are as biblically illiterate as the Dutch? I hope not, but I suspect so. Perhaps there is a lesson here though, read the Bible more not less!

This headline has captured attention not only in America, but also the major Australian newspapers, and because the local media are engrossed I am picking up the story.  I don’t like the headline, but I understand it, and I have sympathy for those who had the audacity to write it.

Next week it will have been three years since the Sandy Hook massacre, when 20 children and 6 adults were shot dead in an Elementary School. The act left us shocked and horrified, even in Australia, and I remember thinking, surely this will change the minds of Americans about their guns laws. Three years on, and there is a mass shooting almost every day of the year in the United States, with latest being the appalling shooting murders of 14 people in San Bernadino, California. It is little wonder that gaskets are blowing  and voices screaming for action. In this way, I understand the front page of the New York Daily News.

No one likes platitudes but we all use them. Perhaps a reason for this dependance on blah phrases is because of the politically correct prison that we have erected around society, both in America and in Australia. We fall back to language that is deemed acceptable and palatable. This also partially explains why the New York Daily News headline is so shocking, because they’re torn up book of etiquette.

And then there is the hypocrisy of tweeting about praying. I don’t have access into the hearts of those men and women whose tweets have been published, but I wouldn’t be surprised should much of it be sanctimonious public talk, although some of it genuine and sincere. Apart from the hypocrisy of “praying” to God when you know that for the other 99% of life, you couldn’t care less about God, there is also a hypocrisy when people who are in position to effect change, won’t. I am no expert in American cultural studies, and so I want to resist throwing around more platitudes about guns and violence. What is obvious, is that the gunmen are to blame. From where I stand, it seems to me that having such easy access to firearms, including assault weapons, borders on insanity. Given that, one can understand the frustration and even anger of many Americans: don’t pray, take action.

But can’t we do both?

There are times when the only thing we can do is pray. I’m not suggesting that this  is the case for those in the sights of the Daily News, but for many people it will be. And prayer is not a useless activity, that is, if we are praying to the God who made and continues to oversee this astonishing universe, the God and Father of the Lord Jesus Christ. The way prayer works is less to do with convincing God about what we want and need, as it is about having our hearts so that our lives increasingly conform to God’s heart. That means, prayer is more needed than we realise. If we pray, ‘your kingdom come and your will be done’, then surely we will seek more deeply and intently the things that conform to God’s character. That will have enormous implications for how we ‘love our neighbour’.  Pray more and more will be done, that is, when our prayers are not simply platitudes or hypocrisy, for which Jesus himself warns about repeatedly in the Sermon on the Mount.

“prayer is not a useless activity”

From our distance here in Australia, the picture we are seeing  is one where cultural Christianity is unravelling in the United States, and the public (as in Australia) don’t have the framework for distinguishing between biblical and civic religion. The headline, for example, assumes that God is on the side of particular politicians, or at least that politicians believe that God is on their side!

There is a problem in the United States but it isn’t God, it’s people and money and politics. If America is anything like Australia, then the issue is our unwillingness to listen to the God of the Bible, and I don’t mean taking out pithy verses and misapplying them to our own ends, but deeply engaging in the teaching and significance of Jesus Christ. What does it mean to ‘love our neighbour’, as Jesus taught? What does it mean to ‘weep with those who are weeping?’ What does it mean to forgive our enemies? What does Jesus mean when he says, ‘blessed are the peacemakers, for they will be called children of God’?

By the sounds of it, Oprah Winfrey’s show in Melbourne last night was even more painful and pointless than anticipated. I simultaneously laughed at and felt sorry for Neil McMahon as I read his review on his evening at Rod Laver Arena with Oprah.

In his summary McMahon mentioned some highlights from Oprah’s two hour sermon (and who ever said that preachers in church should preach less!):

“Anything is possible if you keep your vibrational energy high.”

“The intention is why you’re sitting here tonight.”

“Many of you here are frustrated and sick and stalled and scared and maybe even just tired … It doesn’t matter because you’re still here. This is your second chance.”

I’m not sure if Oprah sounds more like Joel Osteen or the Dalai Lama, but one thing is sure, such empty bravado ain’t going to help anyone.

It ought to stand out to us how outside the Oprah bubble, media are today reporting important and often dreadful stories, including another mass shooting in America, Boko Haram kidnappings, ISIL, Syria, asylum seekers, and violence and tragedy in Melbourne itself.

On stage with lighting,  music pumping, a smiling face and winsome voice, Oprah’s pithy and pseudo-spirituality may enthuse her loyal fans, but in the real world such words are empty.

If I want to be entertained I think I’ll go and watch the new installment of Star Wars. The world needs solutions that have weight to them.

Instead, I am reminded of another preacher, and his  words were not greeted with mass cheering, but they have nonetheless stood the test of time. They are words with weight to them; words that don’t offer glib promises or shallow triumph. They are words which have made the most powerful uncomfortable, and the wisest look foolish. And they are words that have given peace to the most vulnerable, and joy to the hurting.

Oprah’s words feed the ego, which is perhaps one reason for her popularity. Jesus’ words, on the other hand, both cut the ego and restore the soul.

“Do not store up for yourselves treasures on earth, where moths and vermin destroy, and where thieves break in and steal. But store up for yourselves treasures in heaven, where moths and vermin do not destroy, and where thieves do not break in and steal.  For where your treasure is, there your heart will be also. (from the Sermon on the Mount, Matthew 6:19-21)